We take Care of You 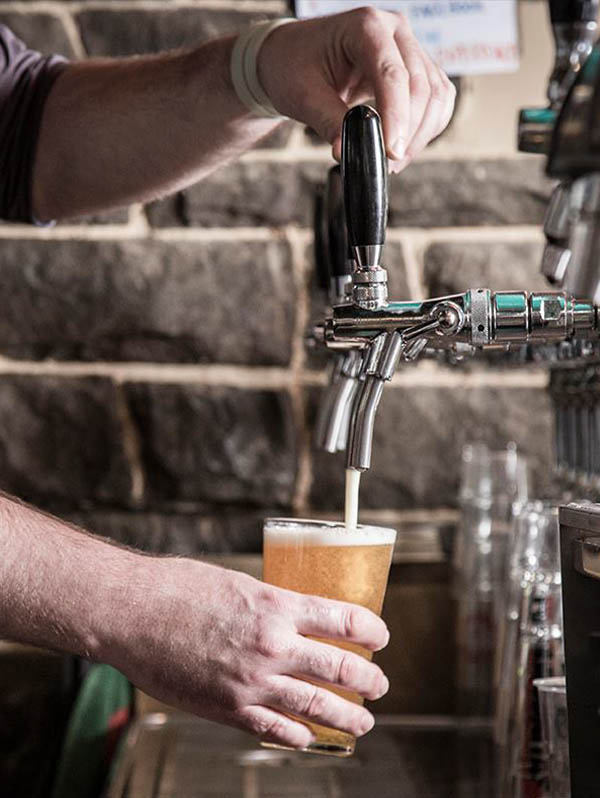 Not just draft beers from The Joshua Tree. In the historic pub in Via della Scala, after the twentieth anniversary celebrations, craft beers arrived, spirits with whiskey, gin, tequila, mezcal and rum on top and finally cocktails. The pub that bears the name of the famous U2 record, in addition to expanding the proposals to choose from to the delight of its most loyal customers, opens now in the morning starting at 12 for a long day of beers, spirits and drinks. In November 2017 there was the Joshua Tree twentieth birthday party. People arrived from all over Italy: a party on the thread of memories and in the name of novelty for a place that has always had a transversal audience, made up of students, tourists and Florentines. This is the secret of eternal youth for a pub that does not look its age.

Your Home Away from Home

A wide choice of Beer

In the beginning there were eight draft beers on offer. The choice has now expanded and there has been the debut in the menu of craft beers, especially those from Tuscany. Every day, in rotation, there are eight craft beers on tap for an offer that has doubled compared to the past and is never boring. Every day on untappd.com you can click on the local page to find out about the latest news served on tap and stay up to date.

Not just Toast and Sandwiches

The restaurant, from June, offers toast, sandwiches and stuffed flatbreads for a quick lunch break or a not too demanding dinner. Small snacks that go perfectly with beers.

Fifty whiskeys, twenty between tequila and mezcal, a dozen rums and a selection of gins with the Tuscan Peter in Florence and Sabatini in the lead and VKA from Mugello for vodka. Some Tuscan wines by the glass and a small selection of grappas complete the offer. You drink well at Joshua Tree and great attention is paid to the service so that the experience is as pleasant as possible. The price range is wide to really satisfy all types of customers.

The great classics of mixing and some creative drinks are offered such as Florentine based on tonic, Peter in Florence and orange peel or Cortonese with Sabatini london dry, tonic and Tuscan thyme and Tuscan Mule with VKA. An opportunity to taste some local spirits and learn more about Tuscan production.

Like all respectable pubs at Joshua Tree there is no shortage of live music, the space reserved for darts and sports, especially football, on TV.

Nice pub. Sympathy, good choice of beers, a few tables on the street. Near the Santa Maria Novella train station it can be a stop for a quick pre or post trip break.
Jessica Sommer
Real Irish Pub in the center of Florence, quality beers, nice staff, it will be a fixed stop of every stay in Florence.
Bryan Lambert
Nice cozy place. Nice staff and good beers. Inside it is very distinctive. You can sit outside on small tables. The prices for being in Florence are quite good. I would absolutely recommend it.
Kristin Foster